So much to tell, so little time. Here are the basics: He’s Jeff, I’m Stephanie. For the past couple of decades, Jeff has been a firefighter and a paramedic. I’ve been a journalist for  more than a dozen years. We moved from Southern Maine back to Jeff’s hometown in 2010 and built (literally, with our own hands) an off-grid log cabin on a ridge, near rocks — hence the name Two Rock Ridge.

See, rocks. Two of them. On a ridge. Looks quite a bit different now but the rocks are still here, in the same spot. The above photo was taken before we built the house, from the approximate location of our current living room. 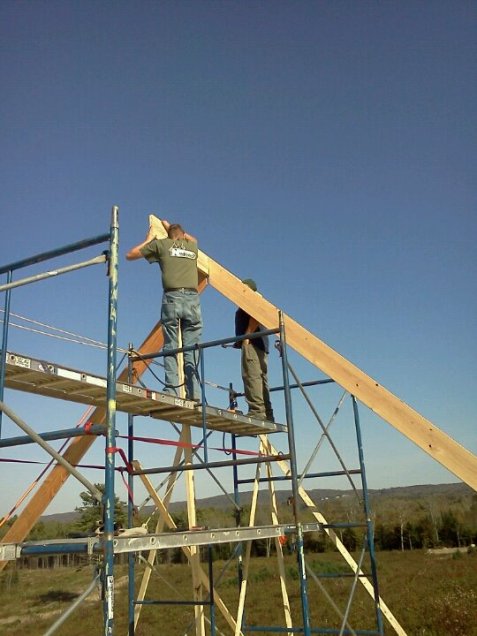 First attempt at roof rafters on the house. 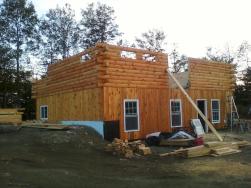 Somebody has to drive the dump truck…

Anywho, our four “kids” — yes, you heard that number right — really aren’t kids any more. So, Jeff and I have reached a point in our lives where we can focus more on what we want to accomplish. And that is establishing Two Rock Ridge as a source of locally produced goods and knowledge. Jeff grew up farming with his family (on this land) but most of this is new to me and it’s been a great learning experience so far. For some of the not-so-great learning experiences, and successes, check out the blog page — I try to update the blog fairly often.

For funsies, we also do chicken barbecues. (Can you tell Jeff is the one who most often takes the photos?)

We hope you’ll keep checking in with us, or even stop by to say hi and see what’s going on at Two Rock Ridge Farm.