Yesterday was Thanksgiving. I was expecting a dozen people. So, obviously, I decided to try cooking in my wood-fired oven for the first time.

I thought to myself — and said out loud to other people — I’ll cook my apple pie in the wood cookstove, because you can’t overcook apples. I’ve really been wanting to bake bread in it as well but thought, for some reason, that pie might go better. 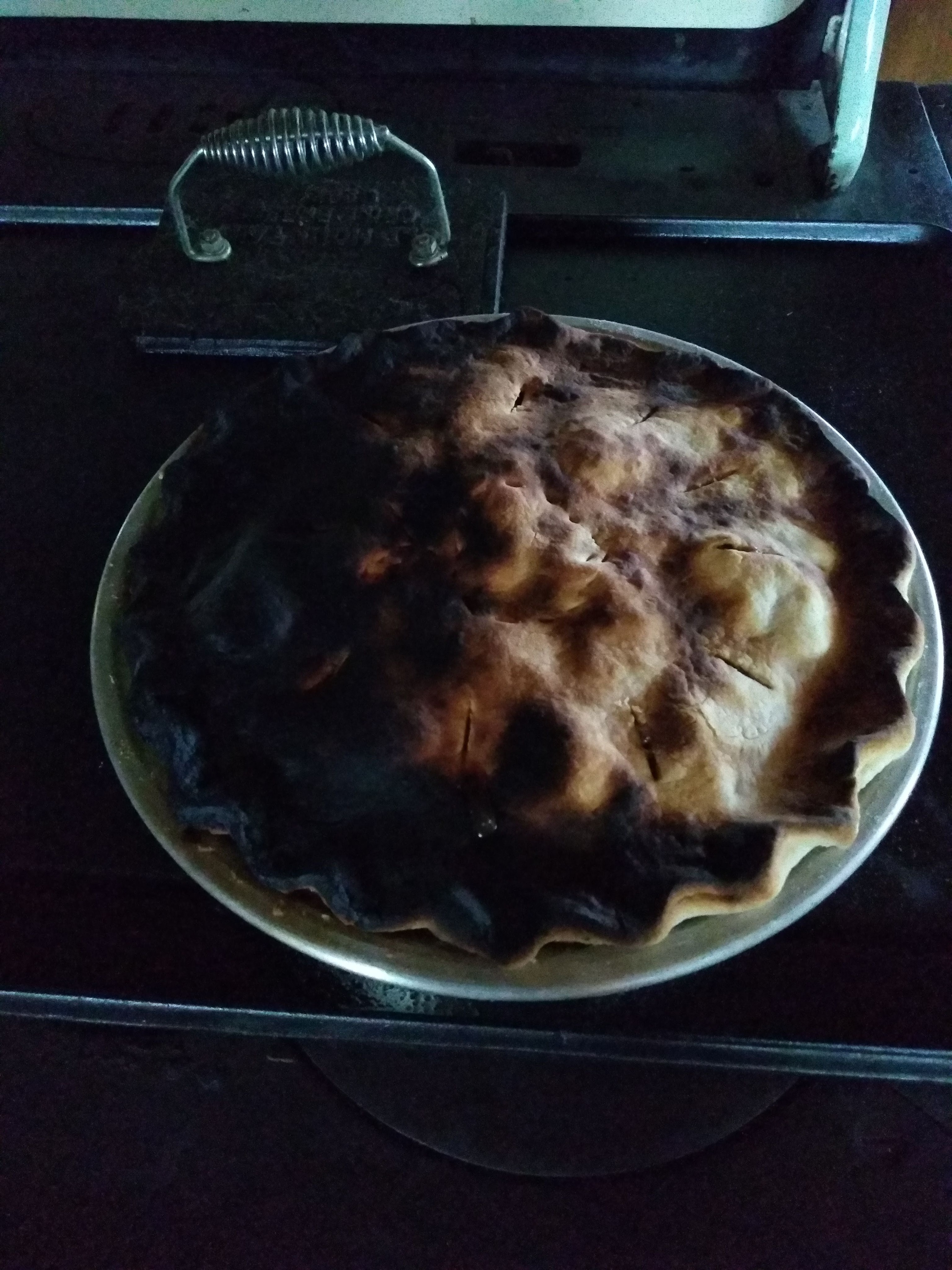 Clearly, I burned the crust. But, I peeled the top crust off the burned pie (the bottom crust was not burned at all!) and made a crumble topping instead, which went over well. In fact, everyone ate that pie instead of the do-over apple pie I baked in my gas oven.

Despite my initial pie failure, I decided I would also try to bake bread in the wood oven. 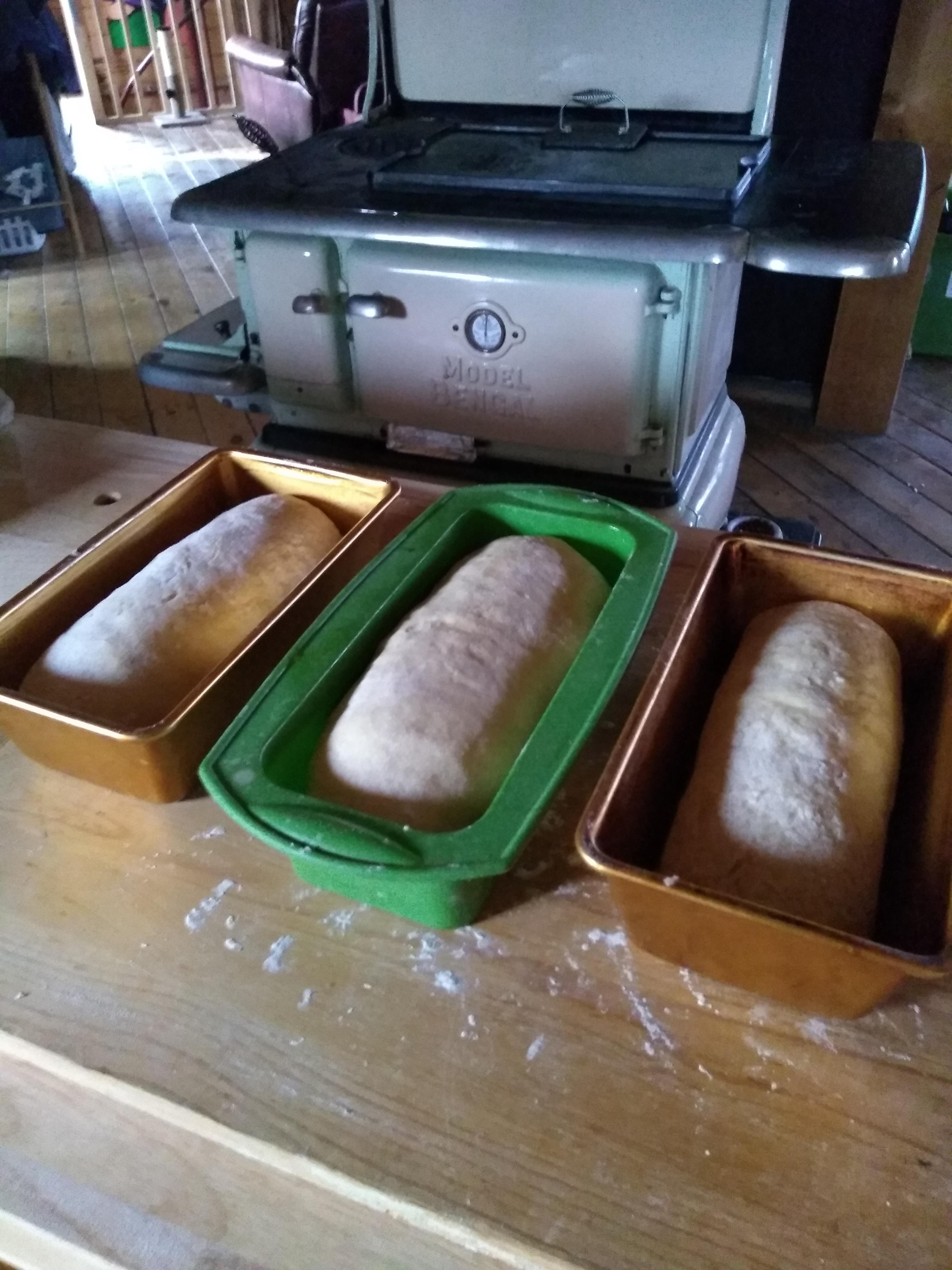 For safety, I made three loaves — one to cook in the wood oven and the other two in my regular oven. The silicone pan, obviously, went into the regular oven, with the idea that using the same pans in the wood and gas ovens would clue me in to what the differences are as far as heat circulation and temperature variations. (If you look at the images of the wood oven, you’ll notice a thermometer — but I didn’t know if it worked.)

And, I’m happy to report that the bread baking went much better than the pie. While the wood-cooked loaf was slightly underdone in the middle, it came out almost as good as the other loaves — in half the time! I probably could have cooked it in the wood oven a little longer but after the pie, I didn’t want to burn it.

With my 50/50 record so far, I’m still pretty excited about trying to cook more in the wood oven as I get more used to it.